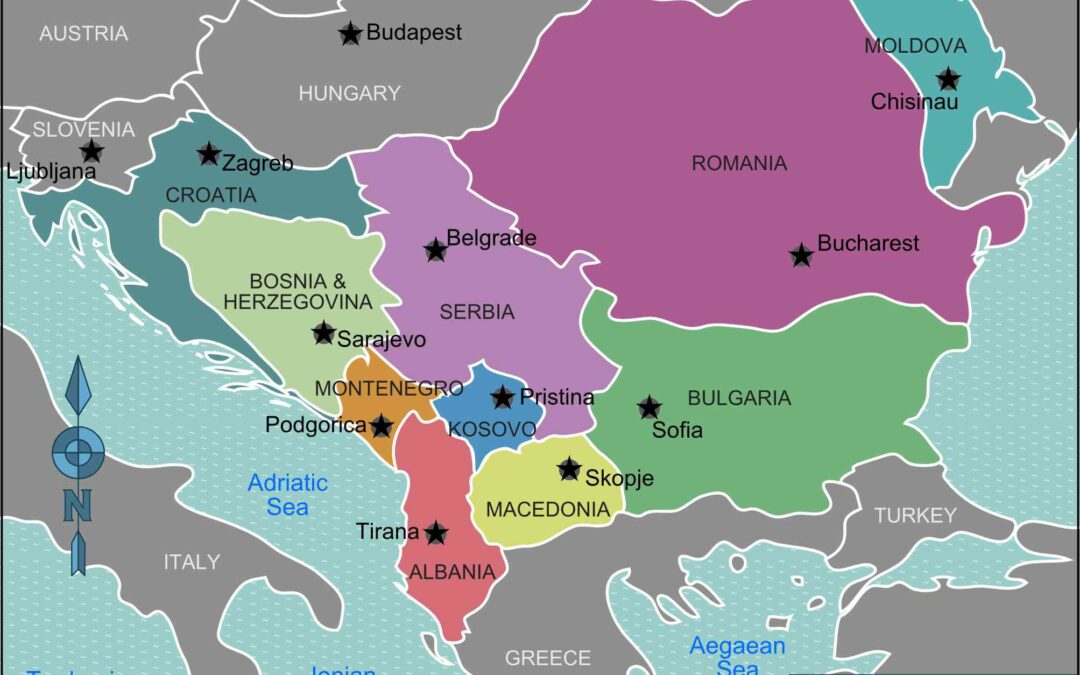 Two years ago I wrote a blog about our conference in Albania and what I had learned there. Last year this conference could not be held, but this year we could have one – albeit with all kinds of tests.

At first, the conference was going to be in Hungary, but at the last moment it was still decided to have it in Albania again because of covid restrictions. From here this is a drive  of over 1.300 km. The worst is not the distance however, but rather the border crossings. Especially when you need to go from one country to the other on the Balkan – spice vat as it is, where countries can hardly bare each other. For example, there is Serbia, that doesn’t recognize Kosovo as an independent state, because they think it still belongs to them. This political disagreement costed us a more than three hour detour, because they didn’t want to let one of us in from Kosovo. Or there are Northern Macedonians and Albanians, who are suspicious and sometimes even hostile to one another; you sometimes can feel the tension in the air. Next to that, this region has been invaded by the Turks for over 500 years, which has left its marks in the many mosques you find here. From the Middle East there is an active movement going on for radicalizing these European muslims. But the original religion here is catholic and orthodox, so even there you can notice tension.

And from all these countries from Central and Eastern Europe CHE workers had come together to this conference to learn from each other and to encourage each other. What a marvelous experience that the gospel of Jesus surpasses our cultural differences and even hostilities and unites us in a very special way.

More than ever this made clear to all of us that true change within the several communities that we serve in with all ternsions and controversies in it can only be possible when people get a transformed heart through Jesus. This conference was the living proof of that!