From frustration to peace 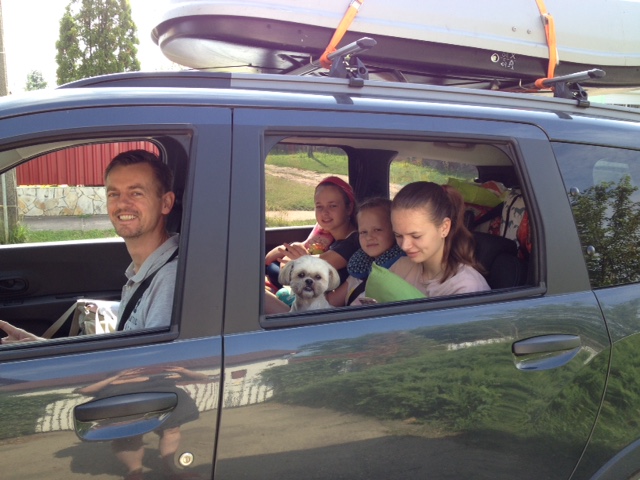 In a nice guesthouse in Germany on our way to Holland I am quite able to see things in perspective… But last week in the waiting room at the dentist not so much.

Two days defore our departure my last treatment was put inbetween two other patients. The dentist on duty turned out to be a student. I had my moment of practise again to keep calm. A few weeks before it had been quite a hassle already to get this appointment. When we finally succeeded to get one and we had already been waiting for one hour in the waiting room, the dentist didn’t show up. Someone would come to replace him, but only to do the emergencies; would I be so kind to make a new appointment? After the usual waiting in the waiting room again he saw within one minute that I would need an X-ray, which has to be done somewhere else in town. Waiting again, doing the X-ray, back to the dentist. Again making a new appointment; and of course! This can all still be done before our departure to Holland! In short: Two more appointments and a lot of frustration further we finally succeeded and it ’s all done.

And I didn’t even mention yet that I actually don’t dare to go to the dentist! In Holland I didn’t like this already, but with such a language barrier it ‘s totally scary to open up your mouth.

Before our departure to Holland we had a lot of things to get settled: it was quite more difficult this time to let go of things. People and situations, in which we are involved, we had to put into God’s hands again.

On Sunday morning, one day before we would leave, I couldn’t imagine that I would be able to concentrate on the sermon. But God had other plans: we had a guest speaker, who shared about his own struggles about always wanting to be busy and taught about our identity in Christ and the power of grace. I experienced how just the being in God’s presence brought back to me His peace again.

And now I am on the way, next to my private chauffeur and professional car packer. I reread the notes about the sermon and find rest in Psalm 23, by which God has shown me many times already that it ’s good, because He ’s there.