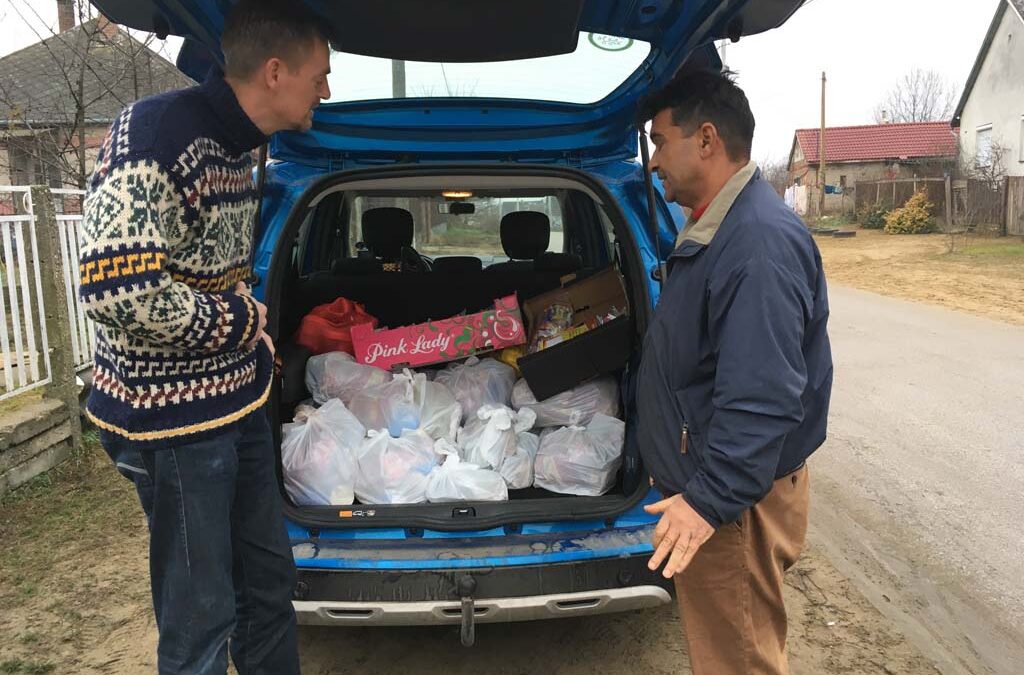 In Holland in the village  Balloërveld you could pass by this summer by bike and have a cup of coffee there. It was called ’the resting point’ in Balloërveld. You could also leave a gift there for our mission work in Hungary among Roma.

All these gifts together becamea huge amount. Of that money we could buy Christmas packages in the week before Christmas in cooperation with the Christian Gypsymission Foundation and handed these out to families who could use somthing extra around Christmas. There were mostly basic foods in it like rice, oil, pasta, sugar and beans, but also some goodies for the children and something to read about the faith.

Together with the pastor that Hessel is working together with in this Roma village we visited several families with all different stories. Everywhere we could go in for a while, talk with the people and pray with them. Again it was shocking to see the miserable circumstances they often live in.

Before we left home that morning we had prayed that this project would not be a confirmation of their poverty, but rather an encouragement and that God’s love would become visible.

Perhaps you would pray along for the pastor and his family in this village, that their work may be blessed and be fruitful.

It is great to see how God uses us all in our own place and even all the efforts during the summer for making the resting point in Balloërveld can now become a blessing to the people here in Hungary.