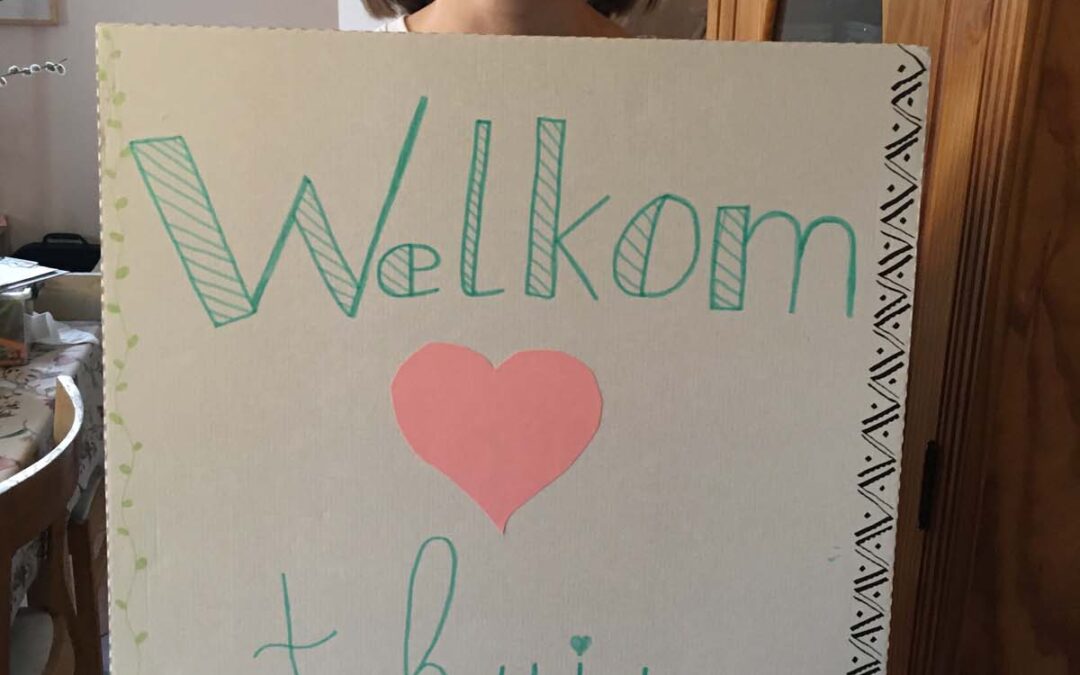 Finally, the time was there: for two lovely weeks we were complete again as a family. The table was set for six again, we sang together, we played games, but also just enjoyed being home, teasing little sisters or just hanging on the couch with a cell phone.

For eight months we had not seen each other. Because Gerrit had been registered in Holland since last summer and no longer had a Hungarian address card, he was not eligible to cross the Hungarian border. There were a number of exceptions, but our situation was not one of them. So we decided to send a request to the police for official permission to let him enter the country. As a mother who misses her son I would have been able to let him travel anyhow, but it seemed as if God eased my heart and convinced me that we could just do it in an honest way. Our request was granted and we booked a ticket for the May break.

The whole travel costed more than double compared to what we usually spend for it because of all the PCR testing with travel certificate. It was a nerv-racking trip, while his test result only came in two hours before departure due to a malfunction in the system. At arrival he was picked out of the line at customs for a control, but then there he was finally! Together we made a race against the curfue to get home in time. We were awaited by Lea, Febe and Christy, who had decorated the house and had baked cookies. Also the greeting of the dogs was very funny, they kept running around Gerrit out of excitement.

The result of the Hungarian PCR test came in within a day, so Gerrit didn’t have to stay in quarantine for long. The sticker he had gotten from the police at the airport could quickly be removed from our front door. It said: ‘Entry forbidden! Here stays someone who is under surveillance because of the virus!’ It now decorates Lea’s door of her bedroom.

Gerrit was able to just be home for a while, visit his old friends and old class mates and also get some last Hungarian matters settled. We all enjoyed it and are happy that our next meeting – God willing – will be soon!