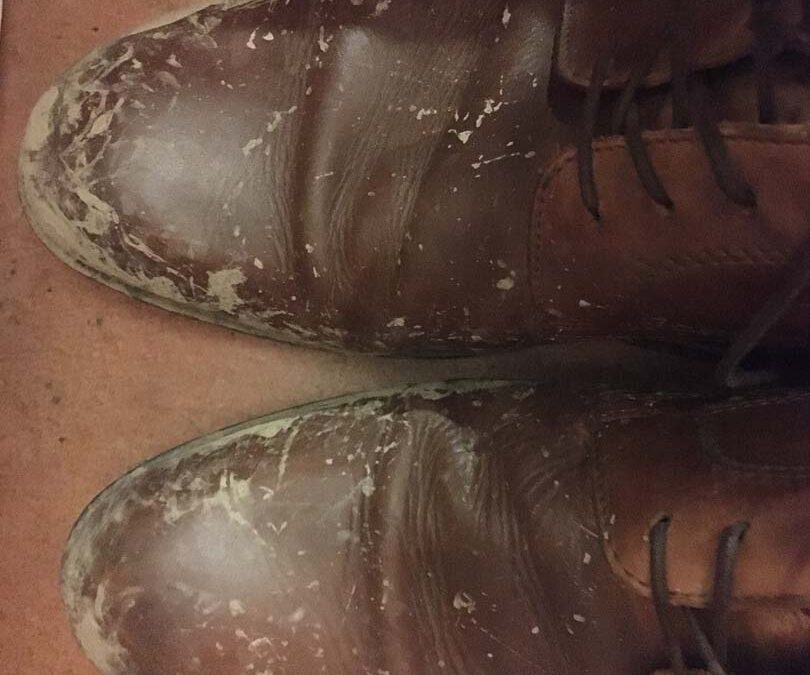 On Sunday I had to go to a Roma church in Uszka, a small village near the Ukrainian border. This is special place, because some 45 years ago a revival started here among the Gypsies. It was quite far off, but eventually it was definitly worth it. Because I met a couple of angels!

When I was close to the village, I had some time left, so I decided to pull over to the side of the road and rest for a few minutes. However, it had been raining whole week, so the side of the road was totally wet and muddy. When I wanted to leave again, I noticed I couldn’t get out of the mud: neither forward, nor backwards. And those who have been in a situation like that know that the harder you try, the more you get stuck in the mud. I called out to God for help, because in a few minutes I had to be at the church. Calling someone didn’t seem to be an option, because I already knew that so close to the border there would be no network anyway. But oh miracle: this time there was! I called the pastor, and a few minutes later four big Roma appeared with a strong car. They pulled me out of the mud in no time. I was so relieved and thankful and I told them that they were like angels to me!

My fancy clothes and shoes had become all muddy of course, but that also provided me with an opportunity to give testimony in church later on that I had met angels that afternoon. Obviously they didn’t descend from heaven, but arrived in a car this time. But this example I could also use in the teaching that day: God pulls us out of the mud and keeps us on the right track by His Word. It became a very special church service in this special Roma church, thanks to a special miracle of God!