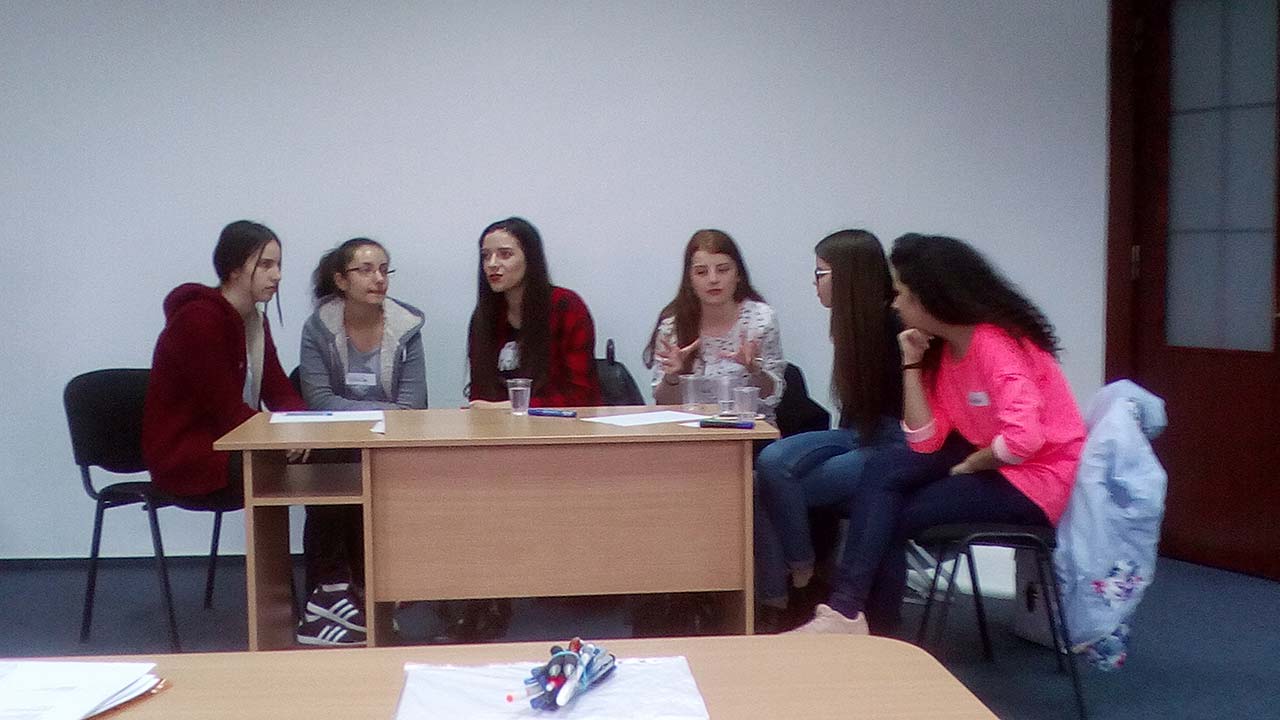 In the beginning of April my American colleague had invited me to come with him to Romania for a couple of days. Hij had got into contact with a Romanian young woman, who gives training to youngsters. We could give some lessons to this group about micro enterprise.

When we arrived there it turned out that this woman was Greek-catholic; her husband was even a priest in this church. And yes: there the priests are allowed to get married (in fact only the Roman catholic branch knows the celibacy). We stayed at the seminary of this church in Orádea, and during one of the meals this couple told us something about their church. It was totally new to me that they also had suffered a lot under communism: buildings had been expropriated – chuchbuildings, schools, retirement homes –, priests with their families evicted from their homes, jail sentences, prohibition to gather etc. All of a sudden these horrors came very close through these flesh and blood people, who had experienced it themselves. At the same time I noticed they had a sincere and lived through faith and trust in God.

What was very admireable was that this woman did her work so passionately, to prepare youngsters for the future. Her vision is to educate the next generation in healthy leadership, because she realizes that the future of her country depends on it. She is convinced that with this a real change can be brought about in entire society. And indeed, it was a privilige to work with these youngsters and to train them a little. These were youngsters with vision, with dreams, with a desire for change.
Except in leadership we also wanted to teach them something about integrity: be fair and honest, cherish values and live accordingly. Probably this is what is able to bring about the greatest change in society: people who say ‘no’ to lies and corruption and ‘yes’ tot truth, honesty and compassion. Especially in a society where corruption and cheating are so terribly common. In a dark environment even a small candle spreads light!