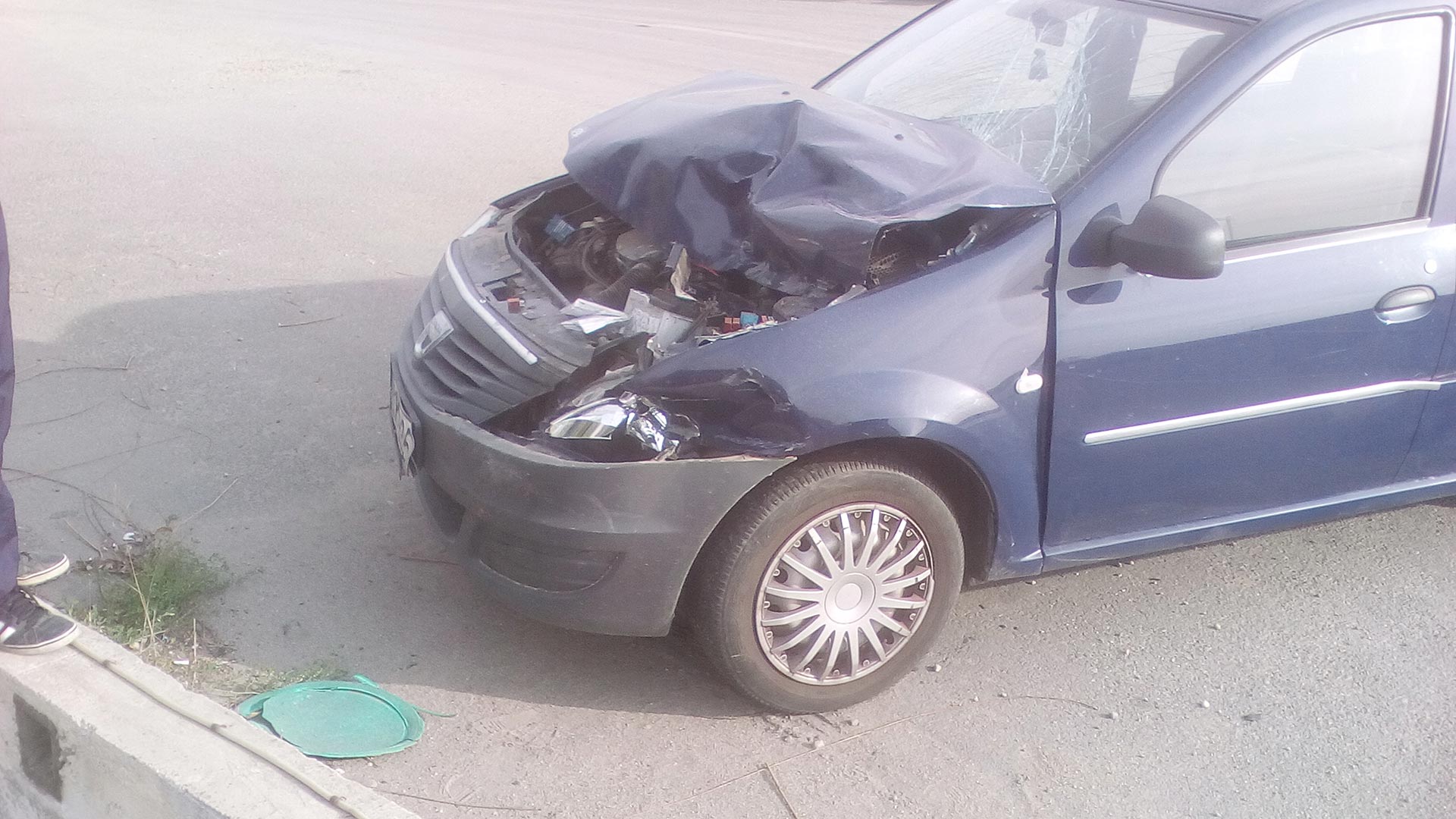 A Dutch mission organisation invited me to take part in a missions conference in Cluj-Napoca in Romania. Together with a worker of this organisation I made the trip of about four hours. The conference was about ‘ownership in development’: about the relationship between churches and organisations in the West and in the East, who owns the process of development. Very interesting and encouraging!

Saturday morning I drove back towards Debrecen. But right before the Romanian city Orádea there was a truck in front of me, that halted very suddenly. I could not avoid him in time and with the left front of my car I hit his rear light. The hood folded up and pushed into the windscreen; also the battery was torn open by it. The bumper with headlight and front side was totally broken. Surprisingly the engine still worked, though.

Next to dealing with the damage with the Polish driver – that is: with hands and feet, because he didn’t speak any English or German – I also had to figure out what to do next. Eventually, an American friend of mine drove all the way from Debrecen to come and pick me up. He even wanted to borrow me his car for the other week, so I would have transportation. While I was worrying a lot about the car and what to do with it, he started praying with me and thanked God that I had not been injured, that the car was no more damaged than this and that He was going to provide in everything.

This American friend has appeared before as a saving angel when I got stranded with a car. By praying with me he showed me the right perspective again. The car isn’t here yet, let alone repaired. And I don’t know yet how it ’s all going to be solved. But giving thanks to God is the right thing to do here. That also gives trust that He will take care of what will come.