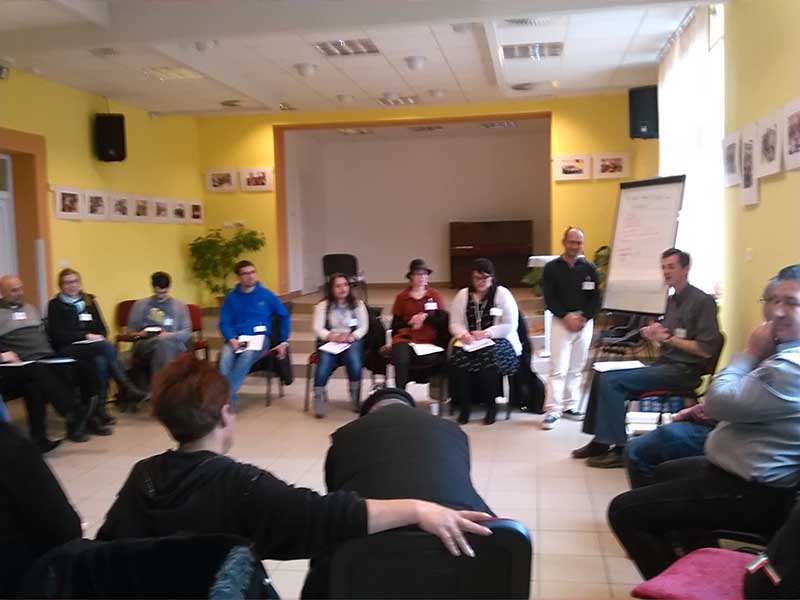 One of the most effective tools of CHE (Community Health Evangelism) are the trainings we keep. These are mostly one-week sessions, where people are completely out of their every day situation, so they can focus totally on the study material.

The purpose of this is that they would get familiar with the priciples of wholistic development. And not only that, but also that they would get tools for passing on to others what they have learned themselves during the training. That ‘s why this is called ‘Training of trainers’ (TOT). the biblical principle behind this is 2 Tim. 2,2, where Paul tells Timothy to look for reliable people who are able to teach others; to them he should teach what he himself has learned from Paul. This principle of transmission is what we also want to use. Not only because it ‘s biblical and strategically effective, but also because is shows in practice that it works way better when a Roma himself transmits something to other Roma then if an American or Dutch or Hungarian would do so.

So we very much want to have Roma participate in our trainings. But of course this costs money. And many times there occurs the problem. Because going away for a week means no income that week. On top of that, there are also courses organised by the government with subsidies from the EU, for which they get money if they attend these. So many times the reaction we get when we invite people for a training is: ‘How much do I get for it?’

When it turns out that they don’t get paid, but have to pay themselves, many times only the very motivated remain. Usually we try to solve in that way, that we find sponsoring for their participation, but that they themselves also have to pay a certain amount. In that way we want to stimulate their motivation. Because we believe that the principles that are being taught at these trainings are based upon the Bible and able to cause a radical change in their lives and in their communities. But that has to come from within themselves.